The Huertas area is known as El Barrio de las Letras. Enclave of the city that refers to the place where the most important writers of the Golden Age of Spanish literature lived in the 17th century: Lope de Vega, Cervantes, Quevedo, Calderón de la Barca and Tirso de Molina and Spanish literature of all time: Moratín, Larra, Jacinto Benavente, Echegaray…

The neighborhood was his place of inspiration, writing and representation of his works. You will immediately notice the architectural elegance, in a walk that transports us to another era.

The streets leading from Plaza de Santa Ana are lined with tapas bars, restaurants and places to have a drink. It is currently one of the most modern neighborhoods in the historic center of Madrid, next to what is called the triangle of museums (El Prado, El Thyssen, Reina Sofía and CaixaForum).

Matute 11 is located 5 minutes' walk from Puerta del Sol, the Congress of Deputies and the Retiro Park. 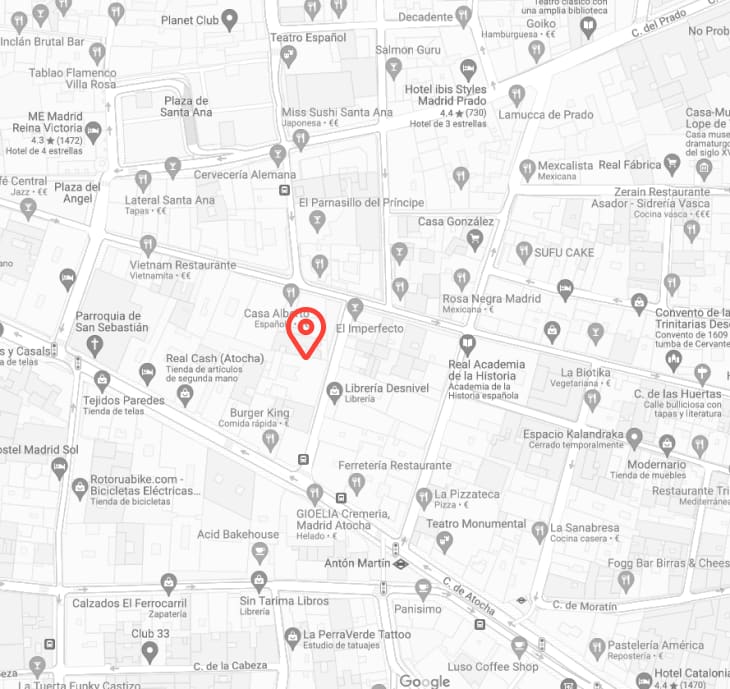 The location of the apartment allows you to visit the city of Madrid without having to use our public transport network.

On foot and in a few minutes you will find the main museums and tourist places in the city (Prado, Reina Sofía and Thyssen Bornemisza), the Retiro Park, Gran Vía, El Rastro, la Latina and Chueca.